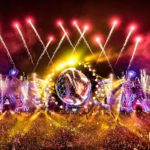 2019 promises to be a banner year of production for Electric Daisy Carnival‘s (EDC) East Coast arm in Orlando, as the staple of the Sunshine State festival circuit unveils its largest lineup yet.

The event will bring a broader selection of electronic talent to Tinker Field from November 8-10 as it expands from a two- to a three-day dance affair to accommodate its voracious following. Jam-packed with the genre’s most acclaimed artists, EDC Orlando’s 2019 lineup features 3LAU, ZHU, Kaskade, Habstrakt, Diplo, DJ Snake, CamelPhat, Gorgon City, just to name a few from the star-spangled roster. More than 20 artists will make their timely Orlando debut, including ANNA, FISHER, Nora En Pure, i_o, and San Holo, among others.

An array of stage takeovers further diversifies EDC Orlando’s agenda. Adam Beyer and Green Velvet will curate branded talent for their Drumcode and La La Land demonstrations, respectively. Dreamstate will meanwhile cater to the trance enthusiasts in attendance, while Bassrush, LA’s Factory93, and Insomniac Music Group will assemble their own aural armies across their takeovers. The mau5trap crew is more than likely to further the trademarked fun with a band of We Are Friends envoys.

Adult Swim Has Ordered At Least 5 New Seasons Of Rick...

Kygo Says He Has Been Talking To Martin Garrix About Possible...